SFK Bridals is a young couture house, having launched only in 2016, but its already established a signature aesthetic. So far, they’ve been defined by lighter colours; not necessarily pastels, but feminine tones in rich turquoise blues, tea pinks, and sandy, rusted coppers. The SFK aesthetic is based on the belief that less is more, with an emphasis on the negative spaces around the kaam rather than the embellishment themselves.

Mashion received an exclusive first look at SFK’s new collection with the beautiful Sanam Saeed representing a bride that is confident, charming, unique, and poised.

This collection is set to become a landmark collection for the brand; one that marks a departure from their current colour palette into darker tones and shades — a collection just in time for the brooding winter. SFK’s bridals are not overwhelmingly elaborate. Instead, they put together unconventional colours for something entirely new. Sadaf spoke about a johra she designed for a shehendi (shaadi + mehendi) — an unconventional event to say the least, but equally matched by the creation of an apple green bridal look embellished with silver work. She’s always innovating. From designing her first red bridal for the first time ever, to creating a grey bridal look with both gold and silver work. There’s always something new to see. In keeping with the true meaning of couture, no two brides look the same in an SFK original.

Sadaf doesn’t leave grooms out of the equation either, knowing what they wear plays off the bride’s outfit. For one bride she designed an ingenious Indian inspired sari come lehenga, paired with a black chaddar. While grooms can never go wrong in a classic black sherwani, she thought a teal one would compliment this bride’s look best. SFK’s bespoke men’s collection is the perfect pairing for your bridal look.

Sanam was brought to life by Hashim Ali at Sadaf Fawad Khan’s own home, modelled by none other than her husband: Fawad Khan, and his co-star from the now iconic Zindagi Gulzar Hai, Sanam Saeed.

Catch your first exclusive glimpse of the collection below!

Never miss another Mashion video! Subscribe to our channel here!

In Conversation With Sadaf Fawad Khan

What did you wear at your wedding?
I wore a traditional red/rust gharara that my cousin designed for me.
What 90’s wedding trend do you miss the most?
I miss the bare-faced mehndi/mayun brides. Girls are wearing too much of a painted face throughout the events these days.
Describe the perfect SFK bride:
She’s elegant, self-aware and she’s not afraid to wear her individuality on her big day. I am all for custom designs and not attempting to follow a poster image mindlessly.

In Conversation With Fawad Khan

What bridal style does a woman look the best wearing?
Whatever makes her feel good about herself. On a personal front, I’m fond of simpler designs in general, which don’t weigh you down.
Which event do you think a groom should dress the best for?
All of them. Why not?
When and how did you find out your wife had a flair for design?
She had an artistic streak in her. She wanted to pursue something in the arts, and she found her calling in design.

In Conversation With Sanam Saeed

What bridal style will never go out of fashion?
Traditional styles will never go out of fashion. Ghararas and shararas!
Can you share a memorable anecdote from when you were shooting for SFK?
The whole shoot was very intricately designed. I loved the art direction, the clothes, the jewellery, and pairing of Fawad and myself after ages. All in all, it was great and triggered fairytale vibes.
What was your favourite look from this collection, and why?
The silver long kameez and lehnga with silver thread work and embroidery were exquisite. The fine details and embroidery made it regal and enchanting! 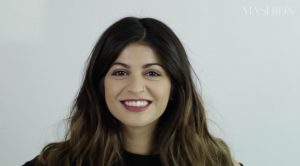 How To Apply Liquid Lipstick 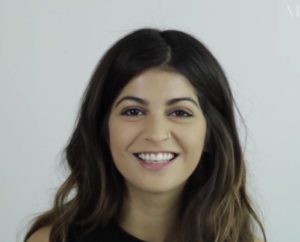 How To Conceal Your Dark Circles 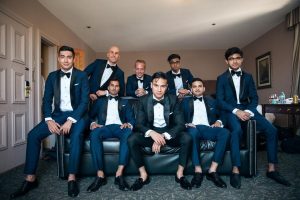 6 Style Statements Every Groom And Groomsmen Should Make

What are you looking for?